If the Home Fits 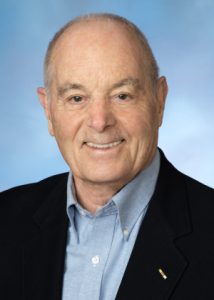 Making the decision to move to a continuing care retirement community (CCRC) takes research, conversations and finding the place that fits your lifestyle. The process and complexity were not lost on Gee Heckscher who was not even considering making a move before an impromptu visit to Heron’s Key changed his mind.

“I was not in the market for moving to a CCRC, and in fact I tended to be against it,” he shares. “My parents lived at one outside Philadelphia and the atmosphere was very formal including having to dress for dinner. It wasn’t my lifestyle.”

Gee, then 81 years old, and his wife, Janet, had retired to Port Townsend 13 years prior. After receiving marketing fliers from Heron’s Key, he decided to stop in to see what it was about while on his way home from the airport. Once he arrived on campus, Gee, who is an architect and general contractor by trade, was pleasantly surprised by the spacious, bright and contemporary feel of the new building.

“It had a good feel about it, and I was given a quick tour as a walk-in,” he says. “I brought Janet down to look at it and she was impressed. We were invited to spend a couple of nights, including our dog, to get the feel of the place and the residents.”

Following their stay, Gee and Janet did their due diligence but kept coming back to Heron’s Key in their minds. Nothing else seemed to compare. Since moving to the property in January 2020, Gee has become such a regular at events that he was asked to join the Residents’ Association for a three-year commitment starting as president-elect. He will be president of the association next year and in his third year will serve as immediate past president.

“The Residents’ Association has several standing committees which oversee various aspects of resident-run communal life. The president of the association attends the non-profit Heron’s Key board meetings as a non-voting member,” says Gee, who adds that the residents are granted influence over what happens at the community.

In his role in the association, Gee regularly meets with Heron’s Key Executive Director Katie Houck, and they have ongoing conversations about life and resident issues on campus. This relationship ensures that the residents have a voice and continues to make Heron’s Key an ideal place to live.

“I think the sense of community with the residents is one of the biggest things that had us interested in Heron’s Key. As an architect and general contractor by trade, it being new and contemporary made me feel comfortable,” he says. “It’s just a great community of people and we have a lot of fun. We knew no one when we arrived and immediately found a happy and welcoming community that is easy to get involved in. There are so many things to do that retirement takes on a whole new meaning.”