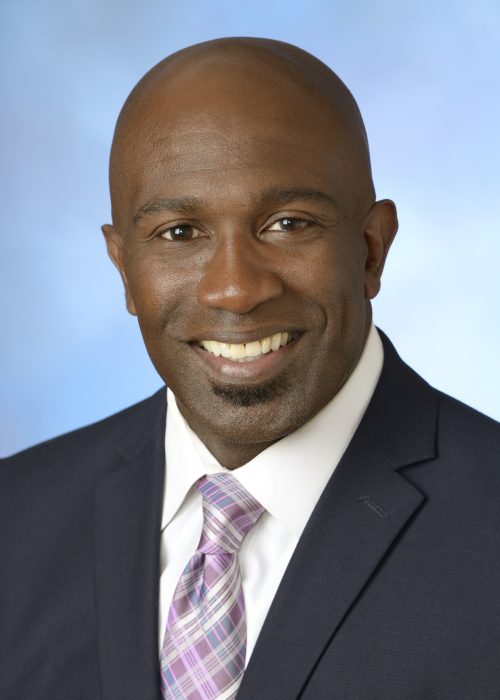 Although his path was untraditional, Stacy Edwards, Marketing and Sales Director for Heron’s Key, brought a diverse background of sales, business development and most importantly – passion to Heron’s Key.

While playing college football for the University of Montana, Stacy earned his bachelor’s degree in business and corporate communications at the University of Montana. Shortly after graduation, he chose to move to Seattle where he successfully pursued a career in sales. After over 15 years in the industry, Stacy began to feel as though the only thing he’d been gaining in his position was a good paycheck. He wanted more.

His realizations quickly urged him to leave his corporate sales job and chase another passion of his – health and wellness. Stacey went on to become the head of business development of GYMGUYZ, a mobile personal training and fitness company.

As a mobile personal trainer, Stacy’s clients often ranged between new mothers, corporate officers, families, young athletes and senior living communities. He helped those who were short on time or needed that extra push of motivation. Many of the clients weren’t very excited when he would show up at their doors at 5 a.m. but the seniors were, and always enthusiastic. He was amazed to learn that some of the seniors didn’t get many visitors and sometimes he would be the only one, explaining their continued excitement.

Stacy became attached to working in the communities, guiding them to reach their fitness goals, building relationships and helping their lifestyles flourish.

Not long after, Stacy decided it was time to change his lifestyle too. Money was no longer a primary factor in his next career move. He was ready to leave the sports industry – he was on a quest to find something with an emotional foundation – something he could do for the rest of his life.
When the position opened at Heron’s Key, he knew it was a blessing. Since starting his new journey last June, Stacy has created lifelong connections with some of the Heron’s Key residents who have helped him transition into his role seamlessly.

Stacy is still working in sports, whether that means cheering on his kids from the sidelines or volunteer coaching when he can. He hopes to branch out within the community and get involved with the wellness program Heron’s Key offers. But for now, Stacy’s primary job to help others transition seamlessly into a place where they can spend the rest of their lives.